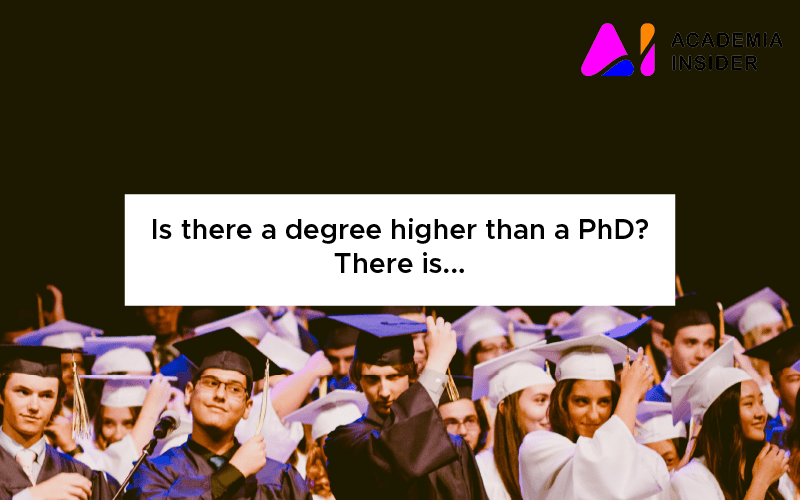 Many people wonder if there are any degrees higher than a PhD. Earning the highest qualification possible is a goal for many people. It can help you obtain employment in a university setting. There are certainly many different types of Doctorate programs that are considered equivalent to a PhD.

Doctorate degrees are the highest level of education you can achieve in many countries. However, there are some countries that have qualifications considered higher than a PhD such as professional degrees, habilitation degrees, doctor of science and doctor of technology.

Sometimes doing a PhD in an elite institution such as Oxford or Cambridge can also increase the prestige of your PhD among your peers and other PhD students.

This article will cover types of qualifications considered higher than a PhD.

Is there a higher degree than a doctorate?

A doctorate is the highest degree one can achieve in most fields of study and in most countries. However, depending on the field of study, there may be a higher level of education than a doctorate.

Ultimately, the highest degree within any field depends on the requirements and specialization within that particular field.

They will continue to evolve over time and it is likely we will see other professional degrees emerge above the PhD as further education.

Here is a rundown on the different types of qualifications that could be considered higher than a PhD in some countries.

A professional degree is sometimes considered one step above a doctorate and is designed for those who wish to pursue a career in the legal or medical field. It is a professional qualification for a particular field.

Research doctorates like the PhD provide academic research opportunities, while other professional degrees such as a Doctor of law (LLD), Doctor of civil law (DCL) and DS (Doctor of Science) focus on specialized knowledge.

They are often completed upon completion of a Dr of philosophy degree.

Habilitation is the highest academic qualification a person can achieve in some European and Asian countries.

The qualification was developed in Germany in the 19th century “when holding a doctorate seemed no longer sufficient to guarantee a proficient transfer of knowledge to the next generation”.

In many German states, the habilitation results in an award of a Dr. Habil degree.

It often requires four to six years of study beyond a PhD and involves assessment of an individual’s skills and knowledge as both a teacher and researcher.

The process culminates in either an opus magnum thesis (contributions exceeding the standards of a dissertation) or several scientific publications of outstanding quality, which are then evaluated by experts in the field.

This degree is especially important for those looking to pursue a professorship in their chosen field.

Habilitation is not necessarily considered an actual degree, but it carries a great deal of prestige within academia. By completing the habilitation process, individuals demonstrate their commitment to furthering their education and advancing their knowledge base.

To achieve this level of qualification, the candidate must have already earned a doctorate degree. This is typically a PhD or other equivalent research-based doctoral program, and can take up to seven years of full-time study.

The Doctor of Science (DSc) is sometimes considered a higher degree than a PhD, typically awarded to those with significant expertise and knowledge in their field.

It is considered to be the highest terminal degree in many countries and is often a requirement for academic positions within universities and research institutions.

The Doctor of Science requires 6-8 years after obtaining a PhD, and involves rigorous coursework, research, and examinations.

Candidates must demonstrate their mastery of the subject matter as well as their professional skills and innovative contributions to the field in order to receive the DSc.

The Doctor of Science signifies that you have achieved an advanced level of knowledge in your chosen field, making it an impressive credential for both academia and industry alike.

What Is the Difference Between a PhD and a Doctor of Science?

A PhD (Doctor of Philosophy) and a Doctor of Science (DSc or Sc.D) are two types of doctoral degrees. While both are considered terminal degrees which signify the highest level of academic achievement, there are some differences between them.

A PhD is usually an academic degree awarded by universities in recognition of advanced research and original scholarship in a particular field. It typically takes 3-5 years to complete and involves writing an extensive dissertation that makes an original contribution to knowledge in the field.

It may be awarded for distinguished contributions to science or industry, including technological advancement, creative works, development of new applications and methods, or breakthrough contributions in applied research.

Unlike the PhD, which requires a dissertation, a dissertation is not necessarily required for the Doctor of Science degree but rather a portfolio demonstrating one’s achievements in their chosen field.

Earning this degree can take 6-8 years depending on the individual’s experience and qualifications.

Some other postgraduate doctorates are considered higher than a doctor of philosophy.

For example, In the United Kingdom, the degree of Doctor of Technology (DTech) is offered as a higher doctorate by a number of universities.

Wrapping up – degrees higher than a PhD

Yes, there are several degrees that are considered higher than a doctorate in some countries.

Each country has its own system of academic achievement which can make it very confusing to work out which qualification is actually higher than another.

One thing is for certain though.

These degrees often take several years to obtain and require an individual to demonstrate proficiency in the chosen field in order to receive their degree.

These advanced degrees allow individuals to further their knowledge base, become more specialized within their chosen field, and help them gain further recognition within the industry they work.

If you are looking for another challenge after a PhD, further education and experience to achieve a habilitation degree or a professional degree can also satisfy your desire for more education.

It’s certainly a very long road but, after years of hard work and dedication to a particular field you may achieve it – that’s just hope you love the process as it will be the only way to ensure that you have enough staying power to get to the end.

Dr Andrew Stapleton has a Masters and PhD in Chemistry from the UK and Australia. He has many years of research experience and has worked as a Postdoctoral Fellow and Associate at a number of Universities. Although having secured funding for his own research, he left academia to help others with his YouTube channel all about the inner workings of academia and how to make it work for you.

I’m Dr Andrew Stapleton and I have a YouTube Channel that helps people navigate academia and PhDs. This website is a place to provide further advice and resource for making academia work for you!

Check out my Ebooks! 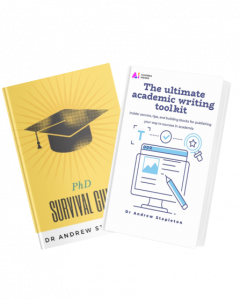 Thank you for visiting Academia Insider.

We are here to help you navigate Academia as painlessly as possible. We are supported by our readers and by visiting you are helping us earn a small amount through ads and affiliate revenue - Thank you!